From the scrum to the site

We are delighted to announce our latest signing to the RE:GEN Squad, in the form of ex-Professional Rugby Player Darren Barry. Darren joins RE:GEN Group as a Health, Safety & Environmental Apprentice, swapping his scrum cap for a hard hat and bringing with him over a decade of professional sporting accomplishments and experience of operating in high performance environments.

Following his decision to retire from his dream job in professional sport to ensure greater stability for his young family, Darren approached us looking at a recent vacancy in Project Management, despite by his own admission being ‘underqualified and lacking experience’. We were immediately struck by his unique outlook, humility and willingness to learn so following several productive conversations, and in true ‘RE:GEN’ style to challenge the norm, we decided to create a new role for both ourselves and Darren to explore.

We understand that people are at the heart of our business and it was evident early on that Darren embodied England Rugby’s values of Teamwork, Respect, Enjoyment, Discipline and Sportsmanship – all areas we strive to improve daily at RE:GEN Group.

Some may think that the switch from the world of sport to the world of construction is an unusual one, however you may be surprised to know that there’s an incredible amount of crossover. Time management, attention to detail, proactiveness and teamwork are all just as applicable to the changing-room as they are the building-site. Similarly, the recent introduction of player safety protocols, and understanding of regulation changes has inadvertently given Darren an early exposure to the demands his new Health & Safety role will present him with.

“I was really impressed when meeting with Lee, Jonathan and the team to discuss a potential future at RE:GEN. The team were very positive and solutions based in their approach, despite me not having all of the qualifications for the initial Project Manager role. Throughout our discussions, there was a real familiarity and likeness to rugby particularly when it came to RE:GEN’s attitudes towards growth. Hearing Lee discuss his ambitions for the Group was empowering – just like hearing a coach talking about progression. Although the move is daunting, RE:GEN have instilled great confidence and belief in me from Day 1. Through their facilitation of my learning and with their support and mentorship, I look forward to seeing how my next chapter evolves.” 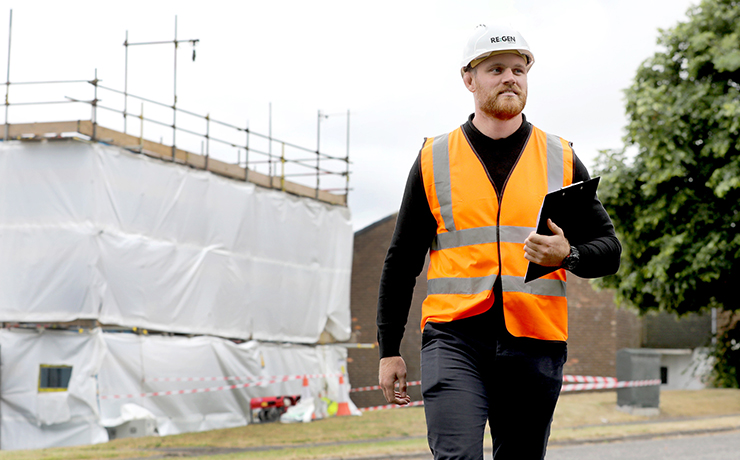 Day to day in his new role Darren will split his time between the office and on-site, getting ‘hands on’ across key locations and live projects. His training and development within his Apprenticeship programme will see him completing a range of mandatory H&S qualifications to bring him up to speed quickly and lay the right foundations for success. Challenging the norm underpins everything we do at RE:GEN Group, so enabling Darren to complete the necessary qualifications and supporting him to become a champion in the Health & Safety field is incredibly exciting and rewarding for us. This new role also allows Darren to bring his proven leadership and performance credentials to the forefront of our business as he plays a major role in developing the scope and breadth of our Health & Safety approach.

“A key area of focus for Darren in his new role will be to help us address the behavioural side of Health & Safety, as much as the operational, by finding new and innovative ways to empower and transform mindsets. It’s easy to identify when people are doing things wrong but we want to put just as much emphasis on celebrating people doing things right as part of our Positive Health & Safety Culture.”

“At RE:GEN we’re big on breaking down the barriers of what an “Apprentice” stereotypically stands for within industry, and Darren is the perfect player to bring this cultural shift to the forefront. Although there’s a lot of work to be done to shape Darren’s role and skillset, we intend to be looking up (quite literally!) to Darren to learn as much as possible from his unique experiences which have served him over the last 14 years in professional sport. There’s no denying that he will play a pivotal role in defining our future strategies and ‘the RE:GEN Way’ of how we do things when it comes to protecting our people”. 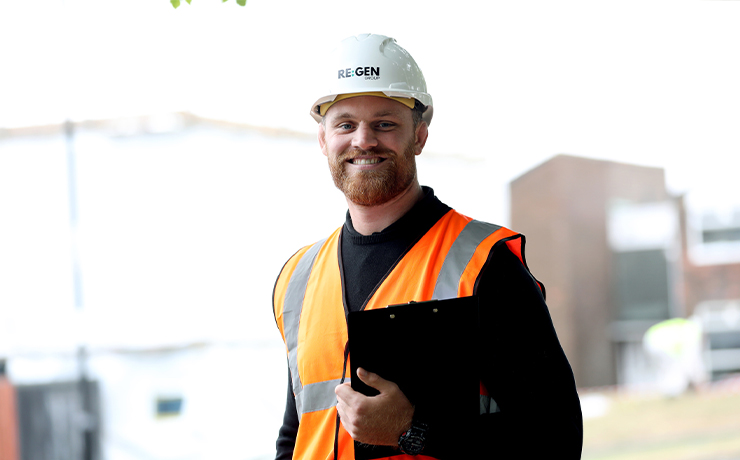 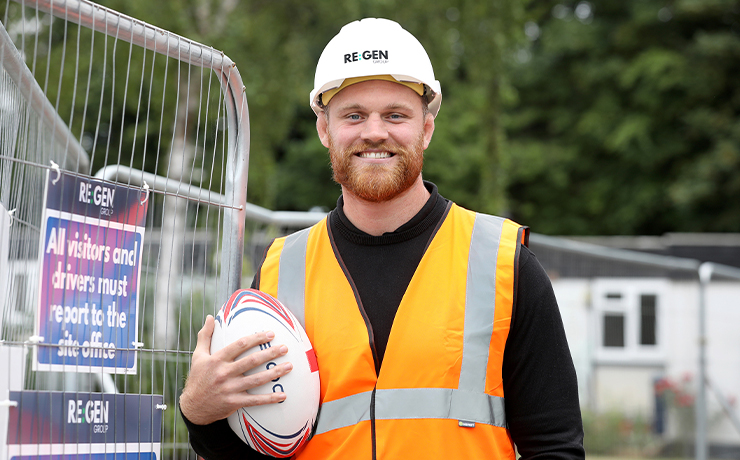 So, as one retirement door closes, another apprenticeship door opens! Testament to the fact that you really can achieve anything you set your mind to. Although Darren made the move to be part of our journey, on behalf of all at RE:GEN, we certainly look forward to being part of his story too!

SOME OF OUR LATEST POSTS... 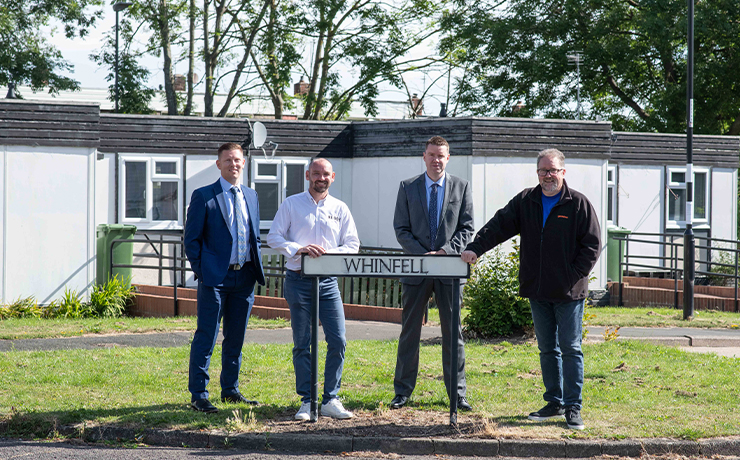 £1.24 million programme underway to improve the energy efficiency of homes in Washington 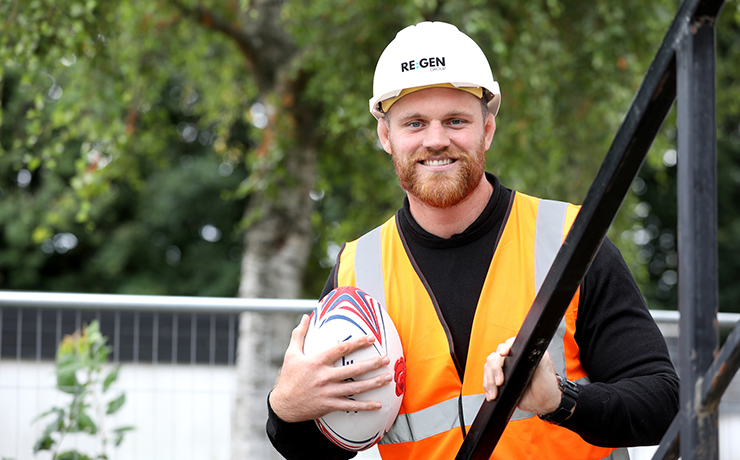 From the scrum to the site

We are delighted to announce our latest signing to the RE:GEN Squad, in the form of ex-Professional Rugby Player Darren Barry. Darren joins RE:GEN Group 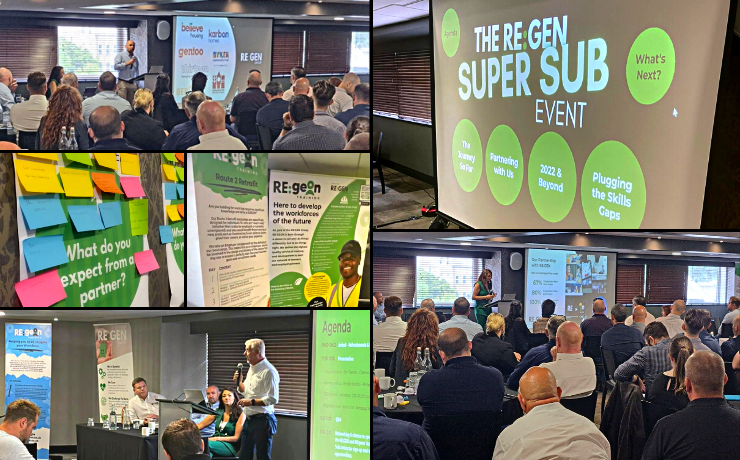 Last week we co-hosted the RE:GEN Super Sub Event with RE:geon Training, an event we’ve been gearing up for some time now in another bid

Read More »
We use cookies on our website to give you the most relevant experience by remembering your preferences and repeat visits. By clicking “Accept All”, you consent to the use of ALL the cookies. However, you may visit "Cookie Settings" to provide a controlled consent.
Cookie SettingsAccept All
Manage consent

This website uses cookies to improve your experience while you navigate through the website. Out of these, the cookies that are categorized as necessary are stored on your browser as they are essential for the working of basic functionalities of the website. We also use third-party cookies that help us analyze and understand how you use this website. These cookies will be stored in your browser only with your consent. You also have the option to opt-out of these cookies. But opting out of some of these cookies may affect your browsing experience.
Necessary Always Enabled
Necessary cookies are absolutely essential for the website to function properly. These cookies ensure basic functionalities and security features of the website, anonymously.
Functional
Functional cookies help to perform certain functionalities like sharing the content of the website on social media platforms, collect feedbacks, and other third-party features.
Performance
Performance cookies are used to understand and analyze the key performance indexes of the website which helps in delivering a better user experience for the visitors.
Analytics
Analytical cookies are used to understand how visitors interact with the website. These cookies help provide information on metrics the number of visitors, bounce rate, traffic source, etc.
Advertisement
Advertisement cookies are used to provide visitors with relevant ads and marketing campaigns. These cookies track visitors across websites and collect information to provide customized ads.
Others
Other uncategorized cookies are those that are being analyzed and have not been classified into a category as yet.
SAVE & ACCEPT